You are here: Home / FRANCESCA TERMINIELLO 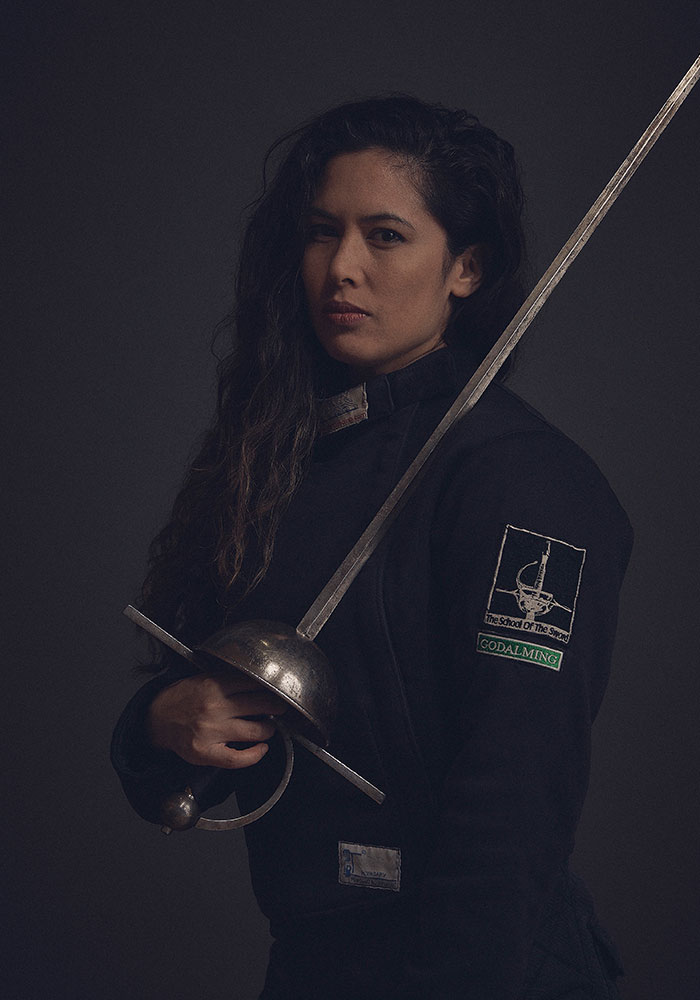 The cinquedea, the pappargorgia, the daga, the stiletto…they’re all daggers. Looking at a variety of daggers and sources from the period, we will visit Renaissance dagger fighting and it’s context and application in the Bolognese system, focusing particularly on the teachings of Marozzo. We will first look at the guards and attacks and then work through several plays together. Suitable for all levels of experience.

Francesca Terminiello is lead instructor at The School of the Sword’s Godalming chapter, having studied Bolognese swordplay and rapier since 2010. She has a further interest and some experience in renaissance dagger-fighting, Bartitsu and longsword. Fran has instructed at several high-profile events in Britain, Europe and the US; and has placed in and won a number of international tournaments.

As a writer, Fran has demonstrated, panelled and presented on historical fencing and real-world violence at various lectures and writers’ conventions, includingFantasycon and at theWallace Collection.

She was a main organiser of the International Rapier Seminar 2016; co-founded Waterloo Sparring Group in 2012, which facilitates inter-group sparring from clubs all over the south of England and beyond; is a founder of the Wessex Leagueseries of events; is a key organiser of the Albion Cup; runs the Spring Sword Workshops and Swords of Winter events; organisesBy The Sword – an annual women’s event running since 2017; and was a founding member of Esfinges, a worldwide organisation for women in HEMA.