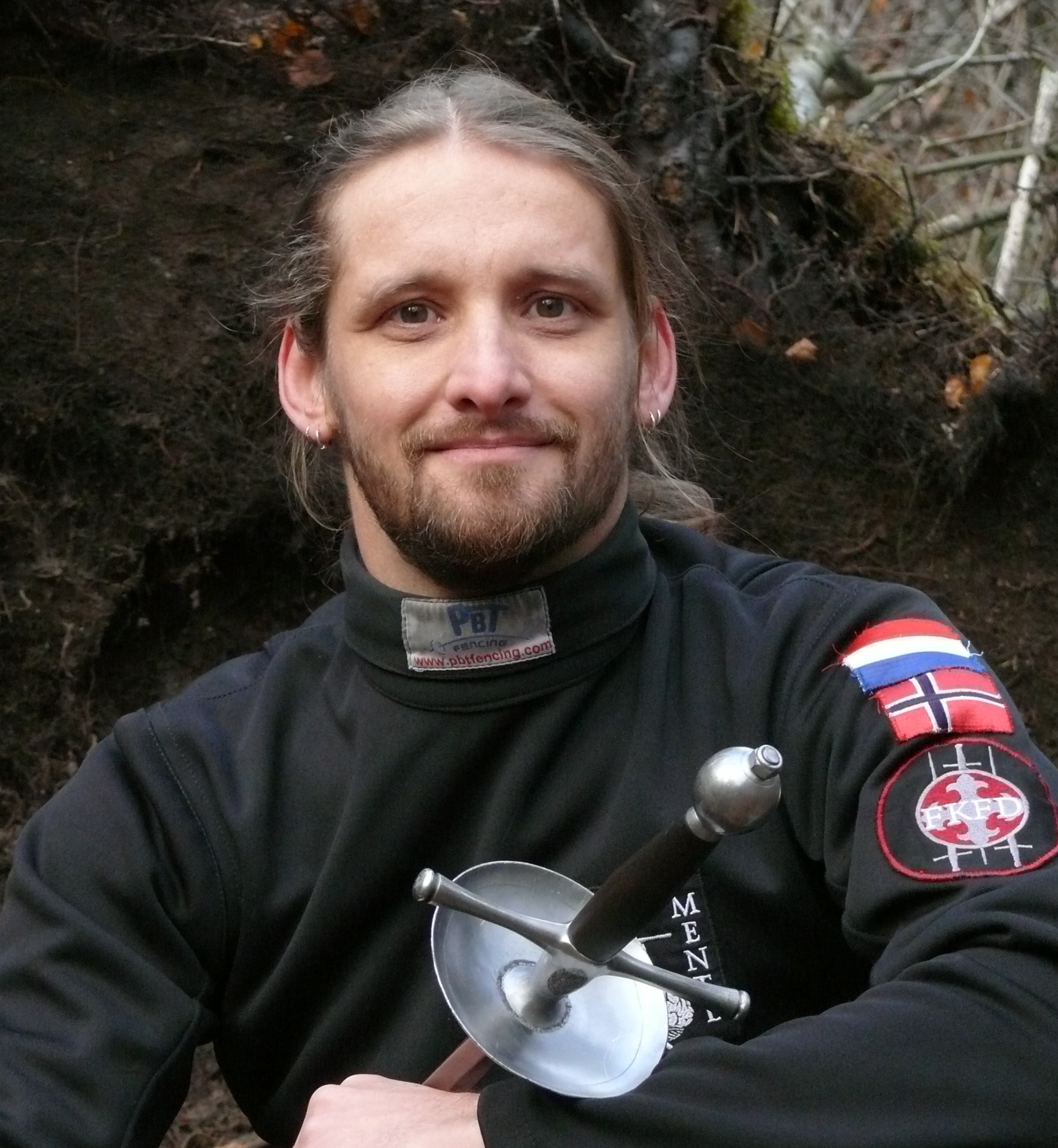 Let’s start with plan A.

When learning fencing, we have to start at the beginning, and a common beginning is how to approach and attack an opponent who is assumed to be trained, and who stands in guard, but who does not act. Let’s call how to attack such an opponent “Plan A”. And indeed, many treatises do begin their lessons with something that could be considered such a Plan A. This simple-appearing scenario, however, is not always what it seems. In this workshop, we will explore the most common “Plan A” – and see where it fails, and why. Then, we will explore a new Plan A, based on Fabris’s narrow measure and C13’s description of entering this

From Fabris to Pascha

In 1671, Pascha signed the dedication to a manuscript now known under the reference C13, and held in the Sächsische Landesbibliothek – Staats- und Universitätsbibliothek in Dresden. According to this dedication, the manuscript presents thrust-fencing “after the art and manner of Sig. Salvatore”, i.e. Salvator Fabris. However, Pascha continues that he added his own lessons about “parrying, as well as holds, and other lessons and guards” as he felt these things were missing from the original. In this lecture, we will discuss Manuscript C13, compare it to another manuscript in the British Library (MS 17533). Based on this comparison, we get insight into how a martial tradition evolves with time. Furthermore, we will explore the fencing lineage originating at Salvator Fabris, and discuss how Pascha may have gained access to the presented lessons.

Reinier started training Historical European Martial Arts in 2005, and has been researching and teaching rapier fencing since 2010. His focus is mainly on the single rapier as used in the Netherlands and Germany in the late 17th century, but in addition he also studies the Italian sidesword, and meddles with the use of the staff and partisan. Currently, Reinier teaches and fences with the Fekteklubben Frie Duellister in Oslo (Norway), and shares his research through Ense et Mente. As part of his research, Reinier has produced over 20 translations of fencing texts, has published more than 10 books, and has co-authored several peer-reviewed articles or chapters. Reinier has been awarded the Best Researcher Award at the 2014 and at the 2016 HEMA Scholar Awards. In 2011 Reinier won “Best Technique” in the HEMAC Dijon rapier tournament. In 2017, Reinier won the single rapier tournament at Festival of the Sword in Melbourne, staying undefeated throughout the tournament. In 2019, Reinier won the Rapier+mixed left-hand weapon tournament at the International Rapier Seminar in Copenhagen, using an empty left hand.